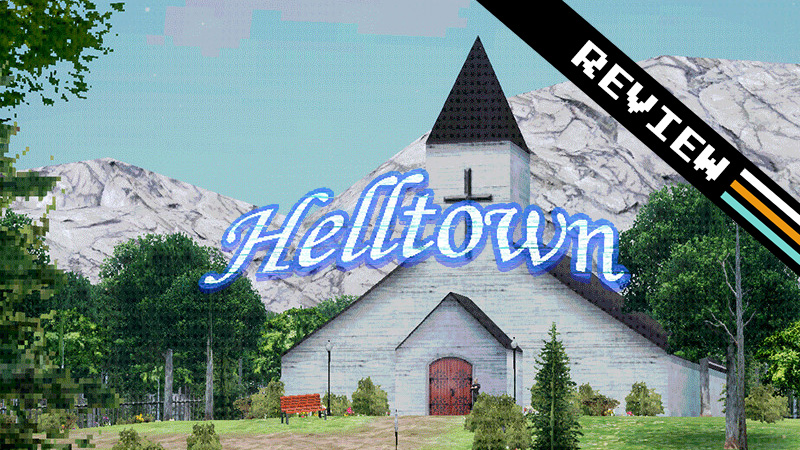 Helltown, is… it’s a unique one.
I really wanted to like this game. It has an artstyle that echoes back to the days of quake, and I think it really pulls it off well. By no means is this a half hearted project, it’s clear the developers have put a lot of love into this little game. However it suffers from some serious flaws that turn it from a really interesting and enjoyable horror title, into a bit of an annoying running simulator.

See, where the game really suffers is that it fails to build much of an atmosphere.

It feels like it could have been several hours longer, and that this additional time could have fleshed everything out a bit more. It feels like enemies have unique models, but turn out to be functionally the same, even though they may have unique AI that is ignored by the fact that you will always end up running all the time. 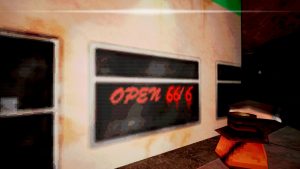 So let’s dig into each element of that, starting with atmosphere, because this is the biggest problem.
In many horror games, ambient music, as well as sound effects from enemies are what do a great job of building atmosphere. This is really important, because atmosphere will lead to you feel like the enemies around you are more formidable, terrifying, and must be avoided. Suddenly the shock of being pursued is far more heavy, and the penalty of death is far more terrifying because it means that you will have to face that foe again.

The Issue with helltown, is that enemies don’t make any ambient sounds, and atop this, there is no ambient music. The reason this is a problem is that it prevents enemies from telegraphing their position, and because you are often unable to see very far in front of your character, you are likely to stumble across an enemy, which means you need to run from them. The issue here is that because you are often running from opponents, you quickly realise that not only are they not a threat, they are also not unique. When an enemy is exploring the world, the way in which they detect you, or react to you could be extremely unique, but you would never know because when an enemy is chasing you, you as the player will always react the same way. Which means every enemy feels the same.

Perhaps more importantly, because there is no ambient sound from enemies, the game can’t use a small number to build their presence, and has to resort to littering the game environment with foes so that you feel like you are being pursued. What is problematic about this, is that it once again, reduces the weight of individual enemies. Being chased isn’t scary when it is what you are doing all the damn time, and when every enemy ends up chasing you, they will inevitably feel like every enemy is the same but with different movement speeds. The game doesn’t introduce you to enemies individually either because of this. In order to keep the game challenging, it has to cause you to face practically every enemy in the game at once. Which further leads to a massive flaw:

every enemy feels the same, and this takes away from the potential scare factor that this game contains. 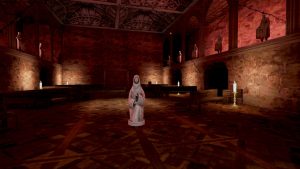 On the topic of introducing characters all at once. The game doesn’t spend enough time introducing… well anything.
The game starts off with a section where you speak to all the characters, but they all only have one line. You’re also told to deliver several characters’ letters. What’s genius about this, is that it forces you to remember each characters name, however the fact that most characters only end up having two, or if you’re lucky three, lines of dialogue IN THE ENTIRE GAME means that even though you may know what a character is named, and what a character looks like, you don’t ultimately end up knowing or understanding these characters in the slightest.

You ultimately end up knowing next to nothing about these characters, which is a shame, because the game has some great methods of delivering it’s story, it just doesn’t spend enough time exploring them. 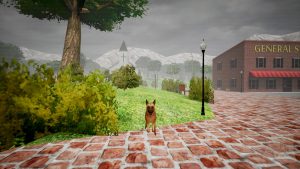 The game starts with you spending each day delivering letters, and each night having “nightmares.” What could have been genius is if the game had built atmosphere correctly, and had a variety of enemies that behaved in unique ways, it could have spent each night introducing a new enemy type, and each day helping you get to know all the characters that reside in this village.

Then, after it had introduced enemies in isolation, the game could have entered its final act where you face all the enemies at once, rather than just kinda throwing you straight into that like it currently does.

Ultimately, my biggest grievance with this game is that it almost manages to be a great game, but as it stands, the game isn’t even worth it’s $10 asking price.

Sadly, it isn’t really scary at all, which is a shame, because for $10 I could buy some diapers, and go play SCP: containment breach for free, which is a better game in literally every way.

4.5/10 The game still feels like it’s had some effort put into it, and there is still fun to be had here, however it is dragged down by some glaring issues. Overall, it’s utterly meh, and I couldn’t help but feel like there was better ways I could be spending my time.

Alysia is an indie dev and video game analyst who has been making content for youtube, and toying with toolkits like Game Maker and Unity for the past seven years. While she has an interest in a wide variety of titles, she is most interested in games which try to break the mold in some way shape or form. She can be found talking games, memes, and trans rights on twitter at @AEAlysia She also does video analysis over at https://youtu.be/HUsgk7e-XLI 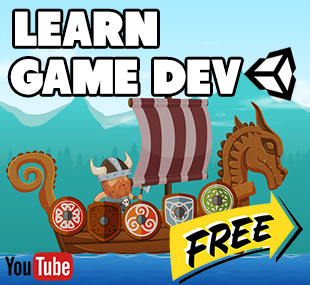