Earth is destroyed. Our colonies are burning. Our nations die a slow death crowded in their escape ships. When all hope is lost, Mankind gathers for a last march to safety and you are their Commander. 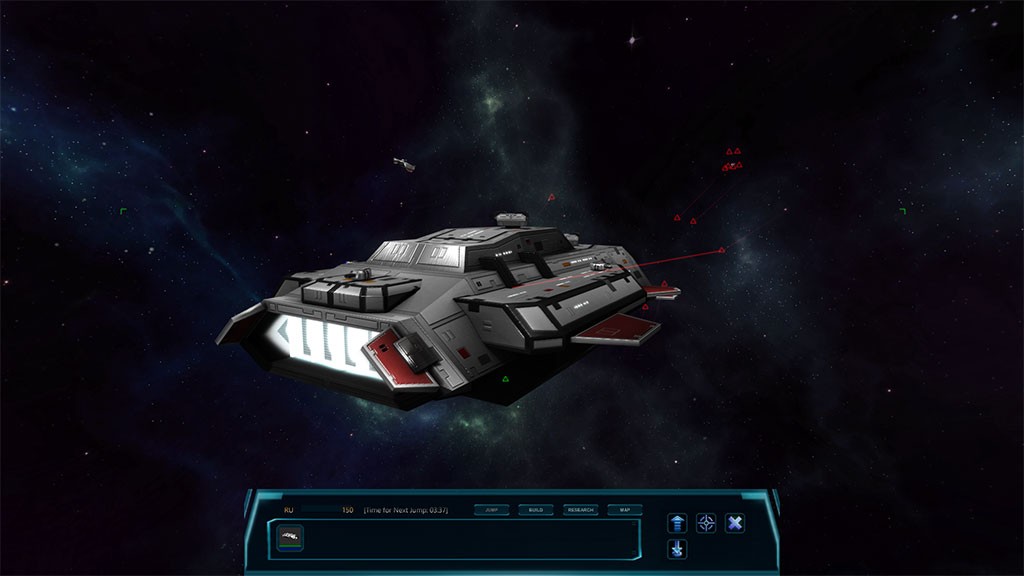 Nomad Fleet is an upcoming strategy / exploration game which draws heavy inspiration from such games as FTL and Homeworld. It offers real-time 3D space combat combined with unique and interesting events. You play as humanity’s last hope, a ragtag fleet of ships sailing through the cosmos on their way to salvation. The ultimate goal of your fleet is to make it to the ancient waygate through a series of intergalactic jumps. Between each jump your fleet requires time to recharge, leaving you floating among the stars like a large squad of sitting ducks. Sometimes you end up in a system with traders, but a lot of the time you’ll find yourself up against hostile fleets who want nothing more than to kill your crew and to scrap your ships. 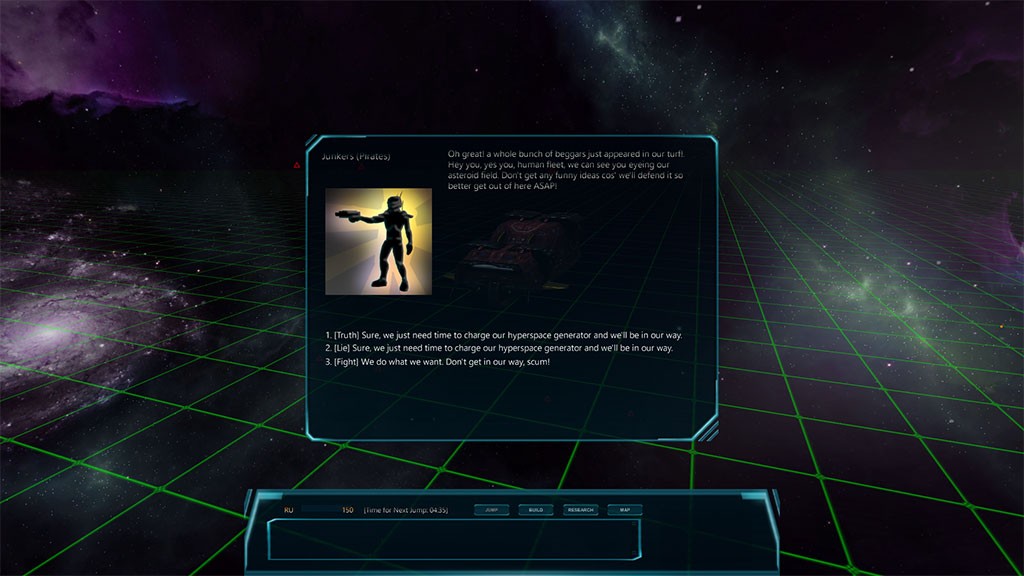 The mothership of the fleet acts as the base of operations, where the smaller fighters and support ships are built. You have an assortment of fast to slow ships ready to build that each have their own set of pros and cons. The interceptors are cheap and fast, but really weak. While the larger corvettes can take solid punishment but are incredibly slow. The key is to have a nice mix of ships in your fleet to take on whatever the galaxy throws at you.

Much like FTL at times you’ll come across events. These events will offer you an opportunity to imrpove or supplment your fleet, but usually come with a risk factor in the choice. It’s up to you as the commander to decide whether the reward is worth it. The end goal is the survival of humanity, sometimes it’s in your best interest to just get out of a system as fast as possible. 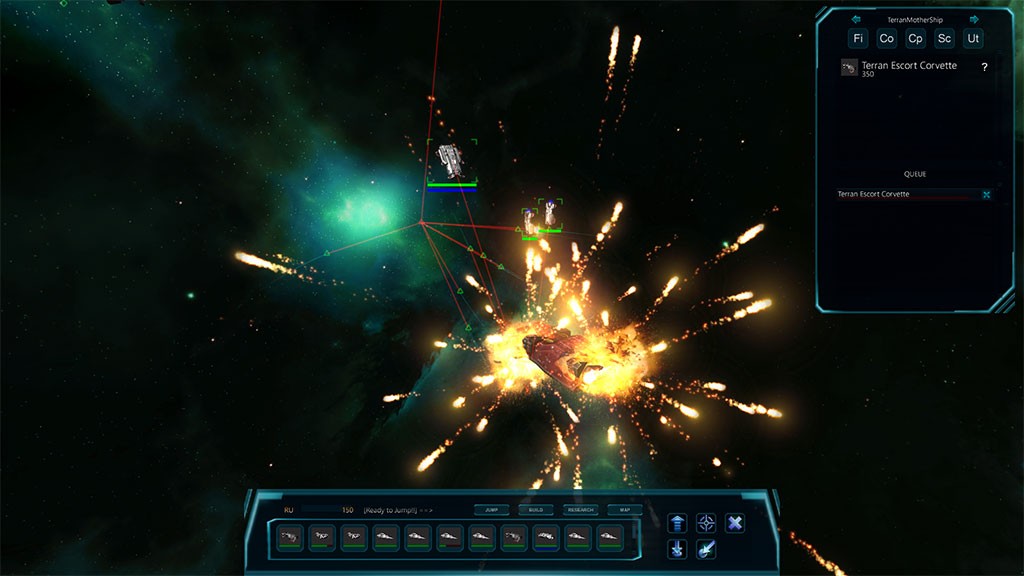 The game is currently in its prototype stage and runs really well. You can zoom right into the action and have the camera follow the smallest of ships as they zip about and do battle. Ships can be hard to select though as they’re incredibly tiny from the main view, and the game can be a little slow at times while you wait for fleets to converge, but overall it’s a solid little game that has potential to be something special.

Nomad Fleet is currently under development and is available through IndieDB. You can also vote for it over at Steam Greenlight.

Tom is a software and game developer with more than 10 years experience. He is passionate about educational applications, and games of all kinds. Ranging from the latest AAA shooter, to the smallest indie release, and even the more traditional board games and D&D. Follow @Pixel__Tom