Hiveswap – Are we home, or are we stuck? [Review]

Hiveswap is a game which, right from the moment you click play, oozes charm.

Getting to know a game world, and the main characters within it is an incredible experience which is often forgotten by the vast majority of video game stories.

Andrew Hussie, the brains behind Hiveswap, is best known for writing a story that you may have heard of, a story, called Homestuck.

Homestuck involves the story of four children who unwittingly bring about the end of the world by playing a video game called “Sburb.” The children then go on a wild multiversal adventure.

Homestuck is praised by many as having a cast of unique, well written characters, however the biggest flaw was how it introduced these characters. Switching perspectives was a jarring experience, that ultimately tested your patience on more than one occasion, as the story would often reach a climatic point on one characters arc, just to throw you into the perspective of a character that you were unfamiliar with and had very little investment in. 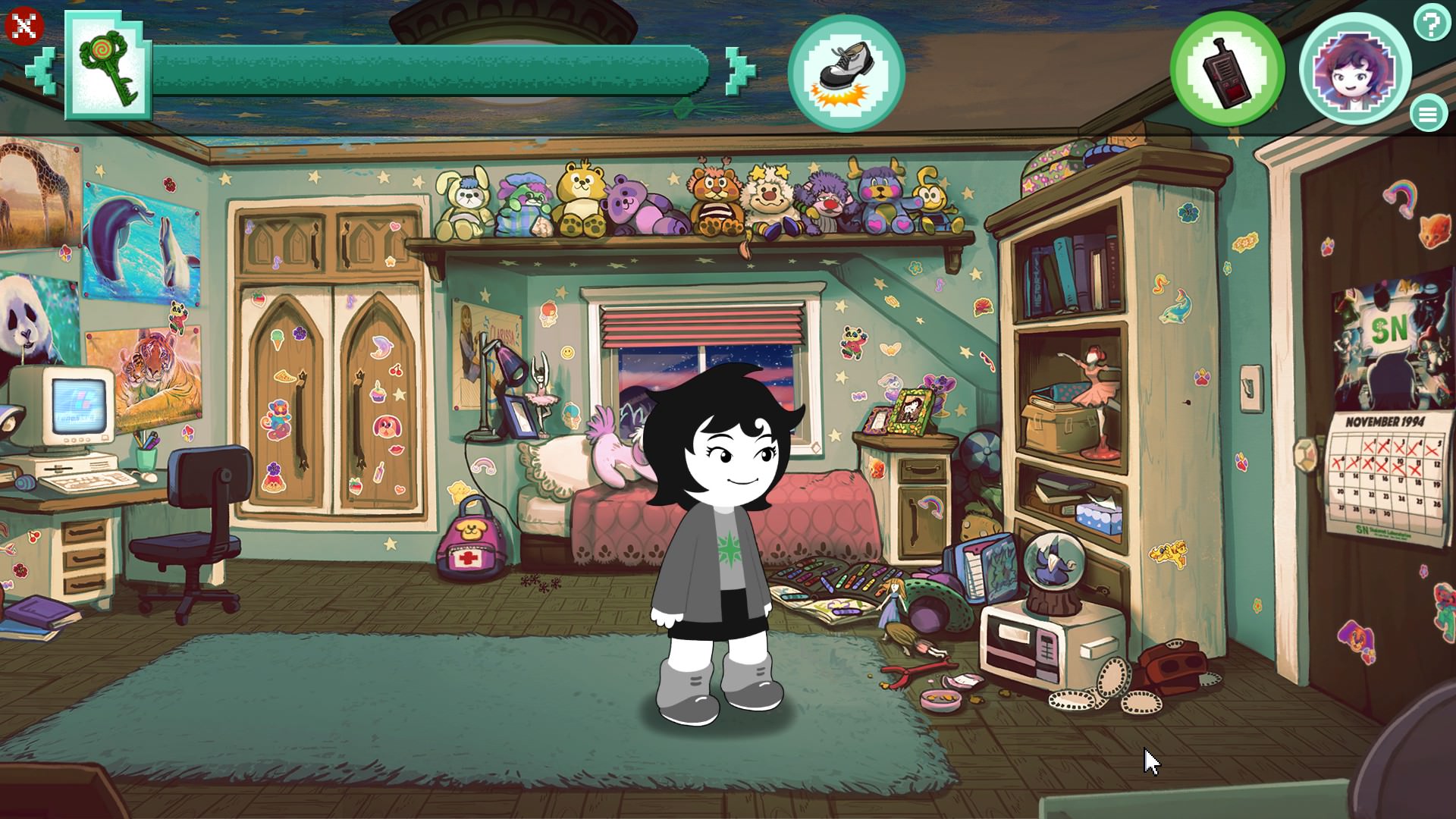 That being said, these introductions are still jarring, and they are likely to be off-putting to those who haven’t read much of Andrew’s earlier work. However unlike with Homestuck, this character shifting won’t be a story breaking aspect of things.

In any case, if I keep talking about story, I’m likely to spoil it for you. That being said, story is a very large part of what makes this game worth playing.

If you’re not interested in a world oozing with character and unique writing, I’m afraid Homestuck isn’t really for you.

The problem with this was that you would inevitably just drag all your items onto other items, or, objects in the environment. Not exactly the picture of immersive, refreshing gameplay.

Hiveswap does use this approach a little. Specifically during the game’s combat sequences.

Hell, Combat sequences have several problems, the first is that they offer no punishment for just dragging random items onto the enemies until it works and the second is that they ultimately are just about dragging random items onto enemies until something works. Atop this, combat never involves exploring to find a new item or piece of information, something central to this style of game. 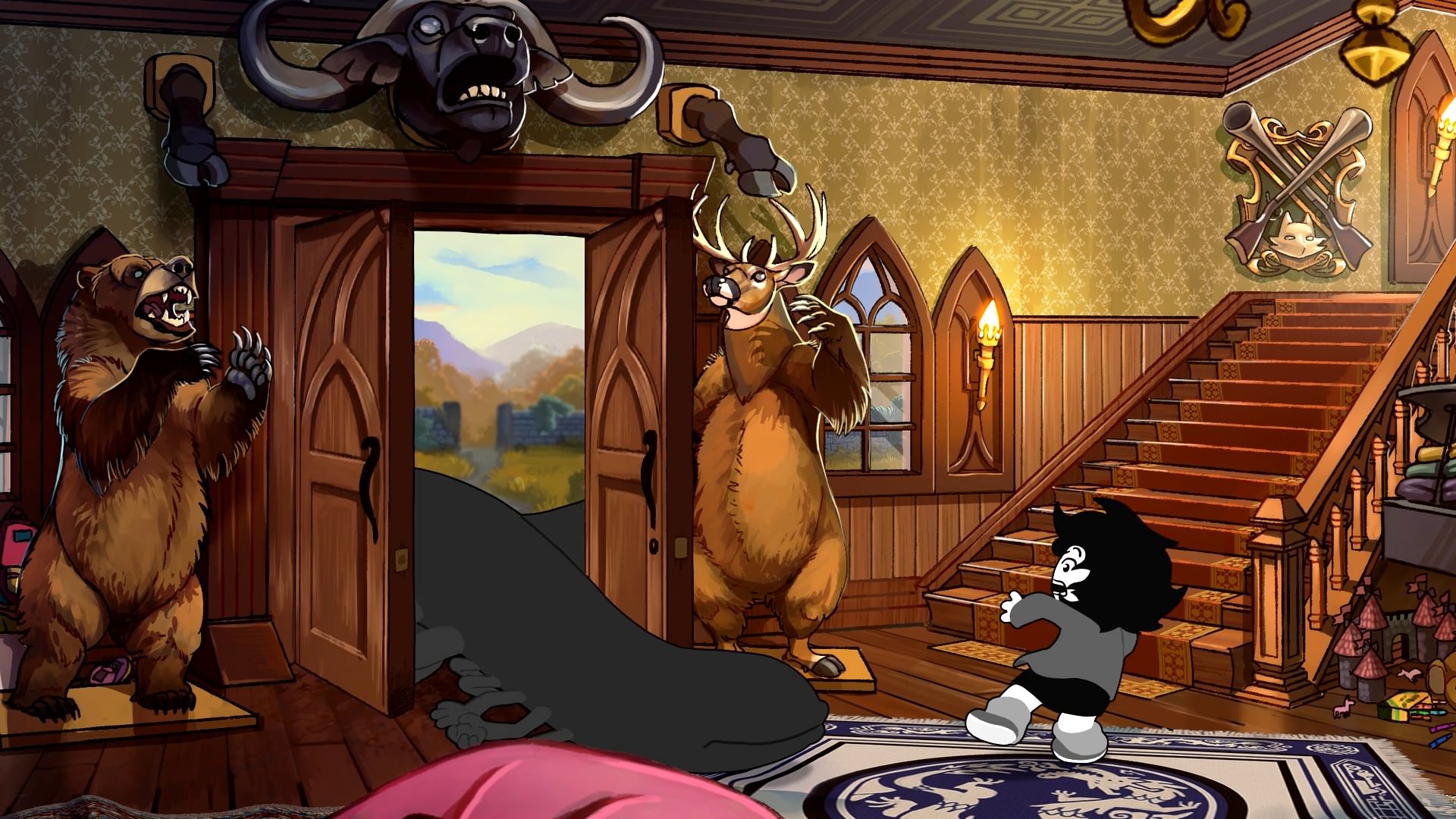 This means that combat adds literally nothing to the game’s experience. All that said, the third combat sequence in the game is very creative and effective from a writing perspective, but gameplay wise, it sucks. Fortunately these pieces of bad design are overshadowed by the game’s puzzles.

The game can be split into two distinct chapters. The first chapter does a great job of getting you to know the main character, and sets up a really interesting environment that I am keen to explore in later acts. The second chapter is where the game really shines from a gameplay perspective.

The puzzles start to pick up, and begin requiring legitimate thought, and for you to pay attention to the story, and the environment. There’s even some really enjoyable minigames, and while I was initially feeling like the game would be a real slog from a gameplay perspective, the second chapter made me legitimately excited for the acts that will be released over the coming months (or likely years if this story is to be remotely as long as Andrew’s last project.)

Finally, the game has an incredible aesthetic, I’ll start with the soundtrack. It’s beautifully written, and really creates a great sense of atmosphere. This is important, because you will hear the same tracks loop quite a bit. Fortunately, I appreciated them a lot, and never found myself getting annoyed at them. Atop this, some of the tracks are really memorable, particularly the one from the second cutscene. 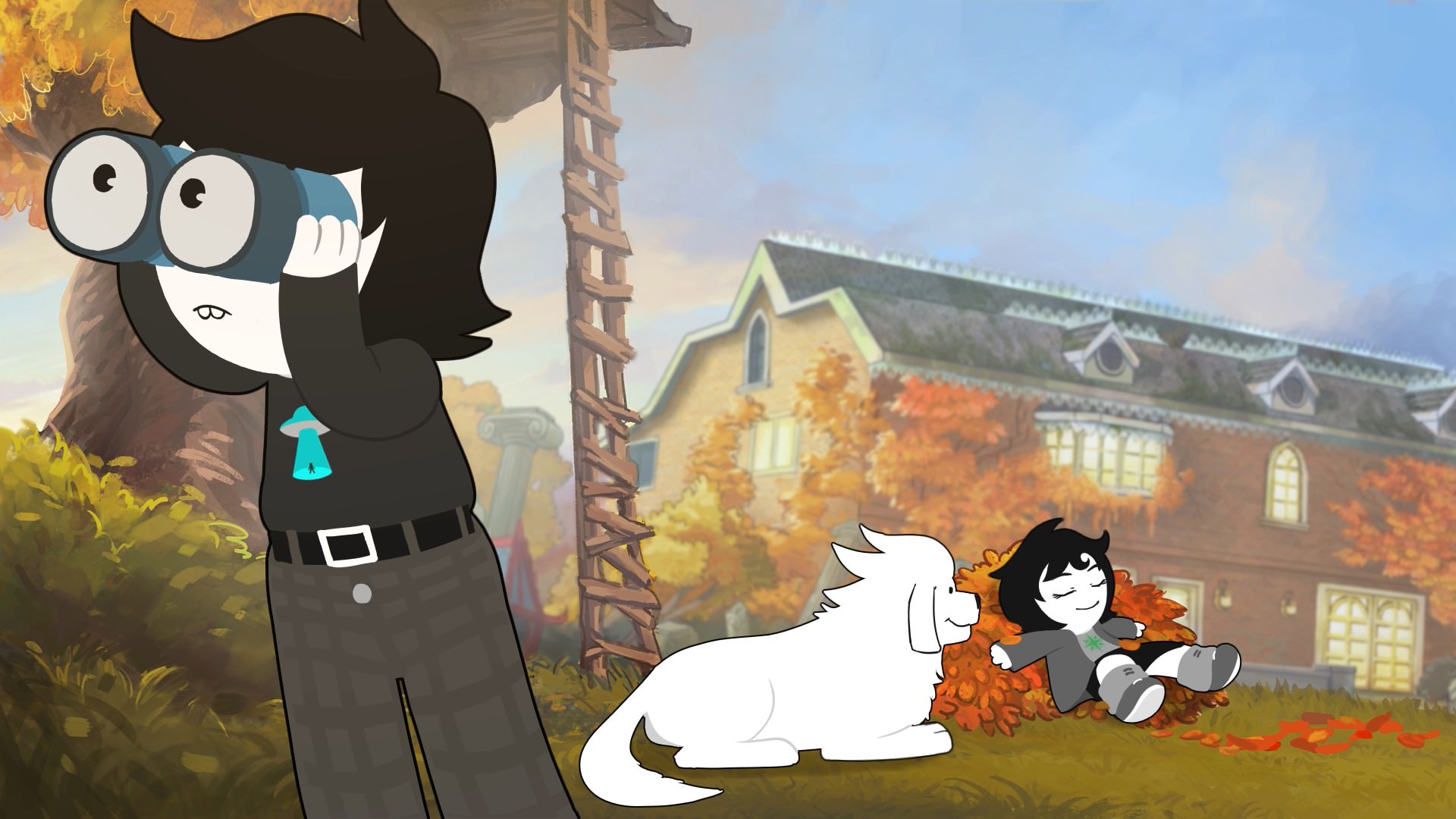 On the topic of which, this game has loads of brilliant animations, that are extremely well done, and a bunch of fun. Much like Hussie’s last project, animations are something I endlessly look forward to here. However, visually, there’s moments where things are a tad bit… problematic.

There is several moments containing poor continuity, where you will move from an area to the left of the screen, and appear in the next area from the left of the screen. This is disorienting, and could be solved with a simple flipping of the area. It’s by no means a huge game breaking problem, but it does make navigation a little more confusing, and while the game has only demanded you move quickly once, you will have already memorized all the quirks in the game’s area layouts by this point.

There’s also a few points where the border’s between two objects are a bit weird, for example, there is one area of the game, where clickling on the left side of the screen allows you to move into an area to the left of your current area, however, there is an interactive object that is also positioned on the left side of the screen. Visually, this object is quite small in size, however, you need to move your cursor significantly lower than this object to move, rather than to inspect it. This was excruciatingly frustrating, as you needed to move between the two area’s a lot, and I accidentally clicked on that object way to many times.

There was also one visual cue that I totally missed, which led me to spent far longer in an area than was justifiable. Essentially, there where these flat, blank panels along the wall that you needed to interact with to progress. Because they didn’t stand out against the background, I didn’t realise I could interact with them. This could easily be solved (alongside the issue of missing interactions due to having multiple objects next to each other) by having perhaps an outline around objects that you can interact with, which is only visible when your cursor is near the object. Essentially if objects glow when your mouse gets close to them, the game would be a little bit less frustrating.

Ultimately, none of these issues are more than minor annoyances, they aren’t glaring issues, and they don’t make the game bad by any stretch of the imagination. If you’re a fan of point and click adventure games, or love narrative driven experiences, I would highly recommend you dig into some Hiveswap.

At this stage, I’d rate the game a 6.5/10 Mostly due to the fact that the future acts have yet to be released, and the game doesn’t really pick up till halfway through its incredibly short playtime of around 3 Hours. I can definitely see this game making it’s way up to a 8/10 if it manages to make the puzzles continuously improve as the game goes on.

The game, is fun. This isn’t a matter of “why bother.” The title weaves a solid experience which manages to do what it sets out to do so flawlessly that it manages to be a legitimately good experience.

Alysia is an indie dev and video game analyst who has been making content for youtube, and toying with toolkits like Game Maker and Unity for the past seven years. While she has an interest in a wide variety of titles, she is most interested in games which try to break the mold in some way shape or form. She can be found talking games, memes, and trans rights on twitter at @AEAlysia She also does video analysis over at https://youtu.be/HUsgk7e-XLI