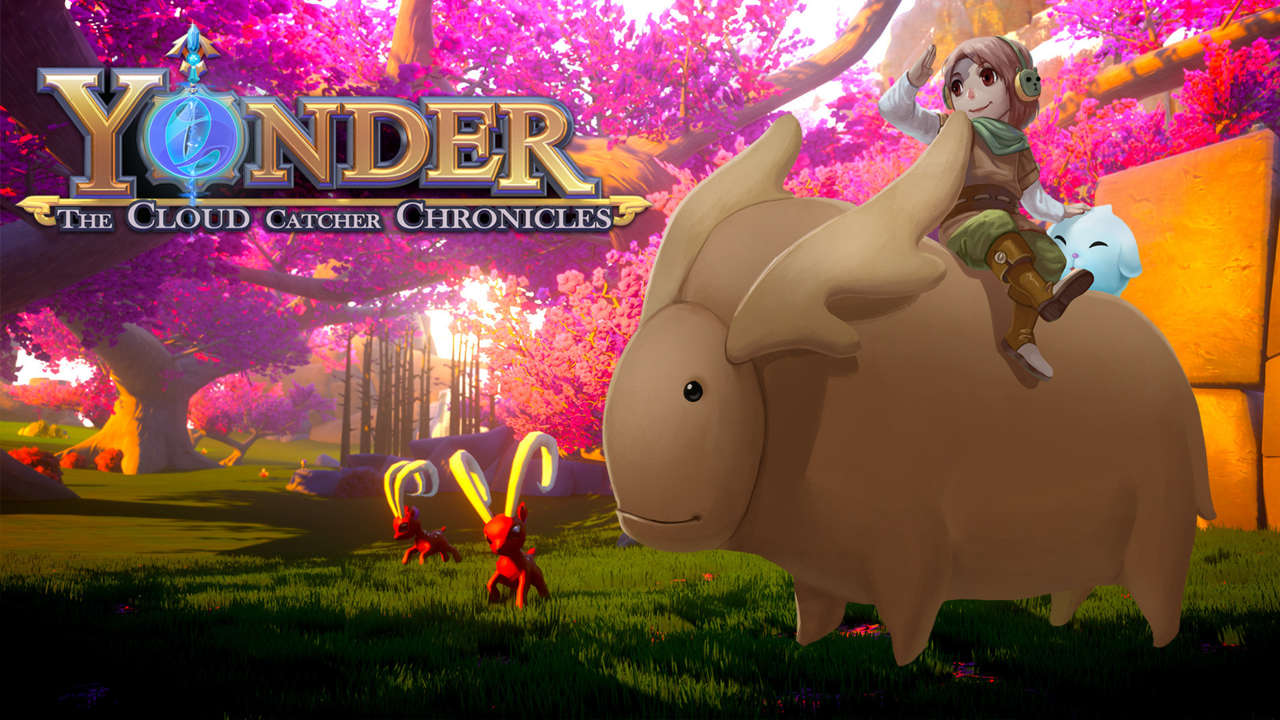 Yonder is an open world crafting/exploration adventure set a beautifully stylised low-poly world, reminiscent of Zelda Breath of the Wild. …but it fails to live up to its promise of grander things.

You take control of a customisable character, wondering around a lush and vibrant landscape, bag of tools in hand, talking to various NPCs, picking up quests, and interacting with various animals and natural objects.

Upon first entered the world I was absolutely awestruck by the beauty of the landscape, and convinced I had found a non-Nintendo alternative to the master piece that is the latest Zelda. To say my hopes were high is an understatement. 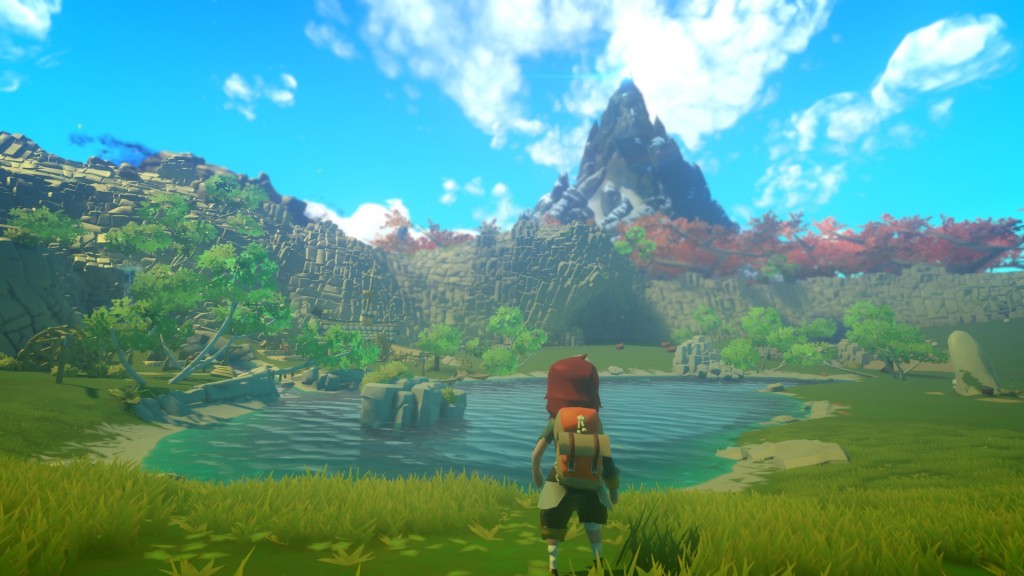 However I feel uncomfortable drawing further comparisons to Zelda, as art style aside, Yonder has little in common with Zelda. It attempts to capture the charm of said title through similar tropes and devices, with unsuccessful results.

There is little substance here, and for a game which likely took a significant team effort to assemble, I am startled that at no point was it asked “is this fun”? Because it would have been a unanimous ‘hell no’.

I put in at least 4 hours.  In that time I was caught in a seemingly endless loop of tedious grind quests.  Talk to generic NPC 1, collect 30 logs for them, take logs to  generic NPC 2, go somewhere else, rinse repeat. I waited patiently to escape this mundane play loop, but if anything it continued to escalate. I gave the game an ultimatum: ‘show me something new or interesting mechanic within the next 30 minutes or we are through’.

As you traverse the landscape you will stumble upon new quests, constantly adding to your growing lists of tasks, diluting your focus, or any sense of a coherent story.

Every so often I stumbled upon a treasure chest, which should be a significant event within the context, that is typically rewarded with some coin or shiny loot – or at the very least, something useful.  But no. Each and every chest I found contained the same item Hair Dye – An item which serves no other purpose than to cosmetically change my avatars hair colour. Who gives a damn about hair dye. At what point was this a good design choice. The designers clearly neglected to read either The Art of Game Design: A book of Lenses by Jesse Shell, or the heralded Level Up by Scott Rodgers.

Game mechanic wise, there was a single redeeming aspect that I enjoyed, the fishing.
To catch a fish you must cast your rod into a body of water, a few moments later you will have a bite. A mini game of ‘follow the arrow with the joystick’ takes place until eventually the fish is caught. It worked well and was some what addictive, in-fact it was probably the only thing I enjoyed, in part, because there really isn’t much else to do but walk around talking to blabbering NPCs. 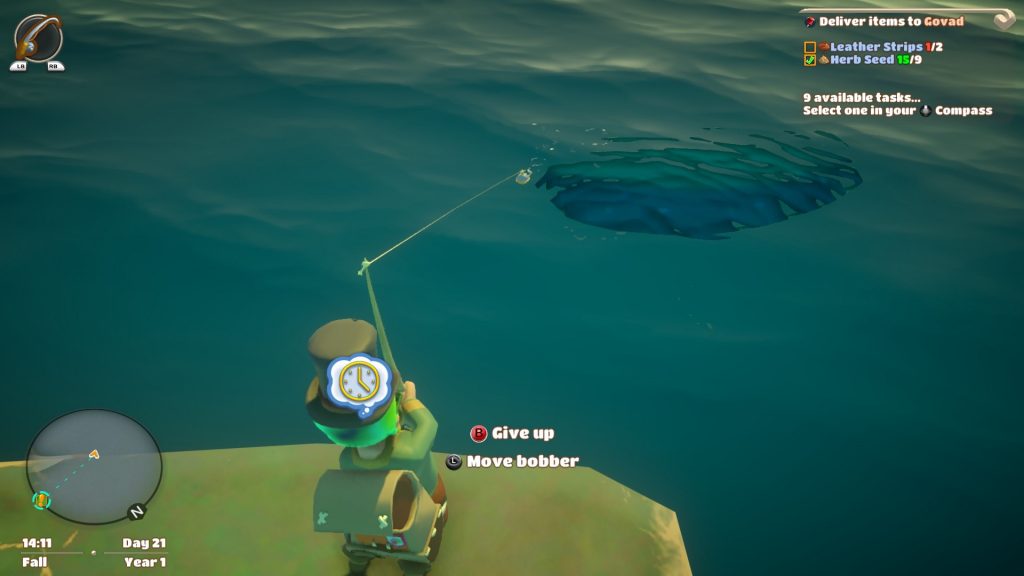 I can without a doubt say Yonder has been one of the more notable disappointments for me this year.

To be clear. I can only measure and critique this game against what it is trying to be, and unfulfilled expectations and missed potential it leaves behind. And Potential it had.The foundation of Yonder is solid, but it fails miserably at taking the player on a meaningful and exciting journey – In simpler words, it is just not fun.

A fitting time to quote the timeless idiom ‘Never judge a book by it’s cover’.